What is Gamification, Really?

Lithium's Principal Scientist of Analytics, digging into the complex dynamics of social interaction and group behavior in online communities and social networks.

Michael was voted a 2010 Influential Leader by CRM Magazine for his work on predictive social analytics and its application to Social CRM.He's a regular blogger on the Lithosphere's Building Community blog and previously wrote in the Analytic Science blog. You can follow him on Twitter or Google+. 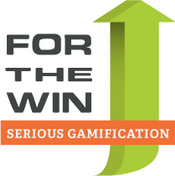 Earlier this month, I was invited to Wharton’s gamification symposium: “For the Win: Serious Gamification.” It was definitely a meeting of the minds with a very diverse group of participants ranging from game designers to policy makers straight from The White House. There were proponents of gamification, and some of the stories are reported on Knowledge@Wharton. Yet, there were also strong critics and opponents of the idea as well (see Gamification is Bull**bleep**). However, the goal is well-intended. We were all there to poke and probe gamification from multiple angles and put it through some of the most rigorous tests. The goal is to figure out what aspects of this idea will actually endure and last.

The organizers of the symposium, Prof. Kevin Webach (Wharton) and Prof. Dan Hunter (NY Law School), posed a series of high level questions in the meeting agenda to guide our discussions and debates. Although we didn’t explicitly answer all of them, they were excellent questions that need to be addressed in order to advance gamification beyond its current state of hype. With that in mind, I’d like to spend the next few posts to address most, if not all, of these questions.

Q1: What is gamification?

I used to casually define gamification as “the use of game mechanics and dynamics to drive game like engagement in a non-game context.” However, after seeing the numerous implementations of gamification at this symposium, I am convinced that the use of only game mechanics/dynamics may be too restrictive. So I’d like to expand the definition a bit.

Gamification is the use of game attributes to drive game-like player behavior in a non-game context. This definition has three components:

Anything that doesn’t fit the definition above is, by definition, not gamification. Clearly, if a strategy is not intended to drive game like player behavior, then it is not gamification, but then you probably don’t need to do anything at all. Strategies that drive game like behavior but didn’t use game attributes or it’s not used in a non-game context are also not gamification. So there can literally be millions of things that gamification is not. I’m not going to list them here, but I will point out a couple that are often confused in the industry and give some explanation.

Gamification is not a game. Primarily because the definition specifically states that gamification refers to those applications in a non-game context, where players don’t really know that they are actually playing a game. Furthermore games don’t need to be “gamified” further. It should already be driving game-like behavior (unless it is a very poorly designed game).

I like to refer to games that are created to achieve goals other than mere entertainment as serious games. Just to give a few examples, the following are all serious games: 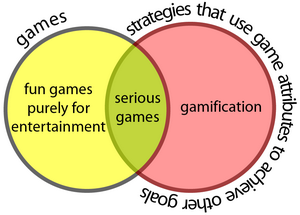 Incentive systems are not new, and people have been using these techniques for hundreds of years throughout school, work, and most of our lives. For example, letter grades, salary promotion, cash bonus, etc. can be seen as a form of incentive systems. However, they are generally not considered as game attributes, because many of these incentives weren’t created with any game design principles in mind. If they are game attributes, they are terrible ones. And this is the reason why there are so many bored students at school and so many dispassionate employees in large enterprises.

Alright, now that we have a revised and extended definition of gamification, we can address the deeper and more interesting questions at the Wharton Gamification Symposium in the next post.

Also, from the limited feedback I received, I get the sense that most people prefer shorter posts. So I will try hard to keep my articles a little more compact in the future. If need be, I will break up the longer articles into short ones and post them separately.

BTW, if you feel that gamification deserves the attention and proper treatise at SxSW, I'd like to ask for you help to please vote for my workshop proposal (you may need to create a FREE account to vote). Many thanks in advance, and see you next time.