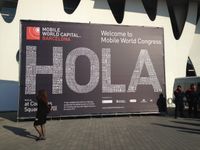 By 2018, mobile operators will make more money from data than from traditional voice calls. This is the claim from the GSMA, the organisation that represents the mobile industry and organises Mobile World Congress every year. The organisation forecasts that the phenomenon will actually hit the US and UK by 2014, while Argentina is predicted to get the steal on everyone and see data revenues outstripping voice revenues this year. The same report also claims that mobile health services could help save a million lives in Africa, while the growing popularity (and affordability) of e-readers and tablets could put 1.8 million more children in education by 2017.

…So telecom providers must continue to innovate

The challenge with relying on data, however, is that it can be quickly commoditised, much like voice, and service providers will struggle to differentiate on something beyond price. There’s an ever increasing need to deliver value added services that not only differentiate, but ultimately generate additional and recurring ARPU in a sustainable way. With 95% of telecom providers planning to maintain or increase their social media budgets in the next few years, we expect to see more providers differentiating on the social customer experience—inviting customers to participate in the business in a new way through on-domain social hubs. Forward leaning brands like Verizon already are. Through online communities, they’re consulting social customers on new ideas, what works, and what doesn’t—and they’re driving serious competitive advantage.

Yesterday, we reported how networks can fight the device wars by turning to the social CXP. Here’s more tech news from Day 2 that network operators will have to keep an eye on:

The search for 5G

4G ultra-fast technology is barely off the ground, yet the work on its successor has already started. European Commission Vice President Neelie Kroes used MWC to announce a fresh round of research grants of around $65 million for research into 5G mobile technology. The Commissioner wants the technology ready by 2020, and the latest round of funding brings the EU’s total funding on next generation mobile technology to an eye-watering $915 million. This figure is even more surprising given that no one actually knows what 5G is yet, and no official specification or standard even exists.

Strictly speaking this was announced yesterday, but we were waiting for more details. The much-celebrated Ford Sync infotainment system, which allows drivers to make calls, control the climate inside their cars, navigate and much more just by using their voice, has announced a partnership with Spotify. Launched at MWC with the bizarre addition of a former member of short-lived boyband Busted, Spotify for Ford Sync integrates the two services seamlessly. Smartphones connect to the system via Bluetooth, and drivers use their voice to choose the track, album, playlist etc. In fact, touch commands are totally disabled. A brilliant example of the next generation of hyper connected in-car entertainment systems.

Two of the most interesting announcements in the last 24 hours were of that most maligned variety – the “phablet”. The term was first coined to describe over-sized devices that were somewhere between a phone and tablet. However with the advent of the Galaxy S3 and its 4.8-inch screen, larger screens are now becoming more and more standard. So ZTE’s pocket-busting 5.7-inch Grand Memo is probably now a truer phablet in the original sense of the word, particularly as it’s bigger than Samsung’s popular Galaxy Note II. It comes with 1GB RAM, 13MP camera, LTE and a huge battery. LG has also taken on the Note II with its Optimus G, which also boasts an enormous 5.5-inch screen. One wonders how large smartphone screens can get before trouser manufacturers start charging extra for deeper pockets.

After an enormously successfully trial during London 2012, Visa and Samsung have formalised their relationship and look set to take their mobile payment vision to an even larger audience. The two have inked a deal that will see Visa’s payWave app pre-loaded onto every new Samsung device with NFC—near field communication--capability. This is no small deal when you consider Samsung shipped 250 million smart devices last year according to IDC, representing around 20% of the market and toppling the mighty Apple. This is a smart move by both companies, and represents something of a steal on other players such as Google Wallet, PayPal and of course Mastercard. Will 2013 be now known as the year of NFC-enabled mobile payments?

As financial service companies see their customer experiences get more intertwined with device technology, they too will face the support scalability issues. News like this reinforces our expectation that financial service companies (traditionally slow to adopt social media) will take a note from the telecom playbook in 2013—they’ll have to start tapping social customers to scale their support functions.

Fact of the Day: Launch all the fancy tech and smart devices you like but apparently no matter how good your product, the media will still get more excited about a wireless pet feeder.