NBA 2015 Teams & MVP Candidates with the Most Klout

It’s that time of year! The NBA Playoffs are in full swing. While we know you have a favorite team and players, we thought we’d do a little research (yes, we’re quite fond of research here at Lithium and Klout, what can we say? We’re geeks!) to find out which of these contenders has the most influence across social networks.

Here are the winners:

A few of the reasons the Chicago Bulls generate such a high score are because they leverage all networks (Twitter, Instagram, Facebook, Vine); they do live tweets of press conferences and games; they are innovative in their use of hashtags to engage followers (#SeeRed, #PlayoffJimmy, #DRoseTakeOver); they post fun facts, milestones of the of the Bull’s history and do social game recaps. This level of social activity keeps their fans deeply engaged with them online.

LeBron James posts interesting content, leverages Instagram, gets super personal about family, dentist visits, what he eats, etc. on Twitter, directly tweets other NBA players, rappers and celebrities and posts about Nike and other sponsors –all of which make him very engaging to follow.

In case you’re wondering, Klout measures a person’s influence on Twitter, Facebook and other social networks by tracking their activity and influence with followers and topics. You can sign up for your own Klout Score for free and see how you compare with your favorites as well as see how what you do on social matters. If you’re business or a blogger, it’s a great way to connect to the people that other people love to follow.

And if you’re even more curious (and we really hope you are), here’s a bit more about Klout:

Klout offered the first online influence measurement system for individuals to gauge and track their impact on social channels. Today, more than 600 million individuals and brands are scored in the Klout system, which evaluates more than 400 signals from eight different networks, including Facebook, Twitter and Google+ as well as real world data from Wikipedia. Each day, more than 15 billion pieces of data are processed to update Klout Scores. Klout remains the undisputed leader in online influence measurement. Klout was acquired by Lithium in March 2014 and is operated as a Lithium brand.

And now, for the detailed NBA scores: 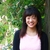 Interesting info, thanks for sharing! I'm a Warriors fan so it's great to see Stephen Curry as an MVP!

I wondered for a minute if they'd finally booted my @NYKnicks from the NBA for really poor play...but they haven't.   Their Klout is in the middle of the league at ~91.  Their record is near the bottom.  https://twitter.com/nyknicks 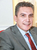