I think our Lithium Success team could speak volumes on why we should win. However, to keep it simple, after attending LiNC 2011 and seeing what was possible, Dice had a vision of where they wanted to be by 2012. 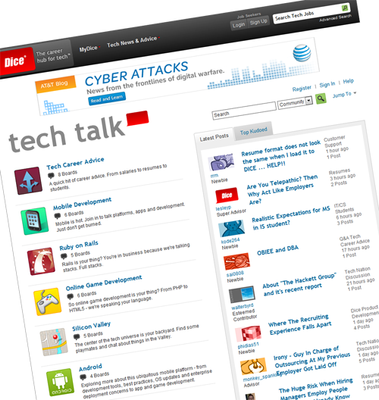 Dice's team had a vision for its tech forum.

Through perseverance, a lot of hard work and dedication, we were able to pull off an incredible transformation:

A pictures worth a thousands words - and we're hoping that Lithium will review our 2011 community vs where we are today - need we say more?

A huge thanks goes out to all those who took on this monumental, but incredibly rewarding effort, particularly my wing-women, Clair Whitmer, Rachel Haskell-Weeks and my wing-men, Steve Butterbaugh, Mark Feffer, James Henry, Adam Fudala - and of course, Jon Wishart and the Lithium team!