Socializing Under the Influence

He is active on Twitter as @phsoffer and is a regular contributor in the Lithosphere where he is PhilS.

One of the tenets of Social CRM is that “customers have taken control of the conversation.” But who are these customers, anyway?

One thing that becomes clear when you examine social networks is that some people are more influential than others. So when we think about customers’ conversations and the discourse they now control, in practice a fairly small number of those customers wield a disproportionate influence. 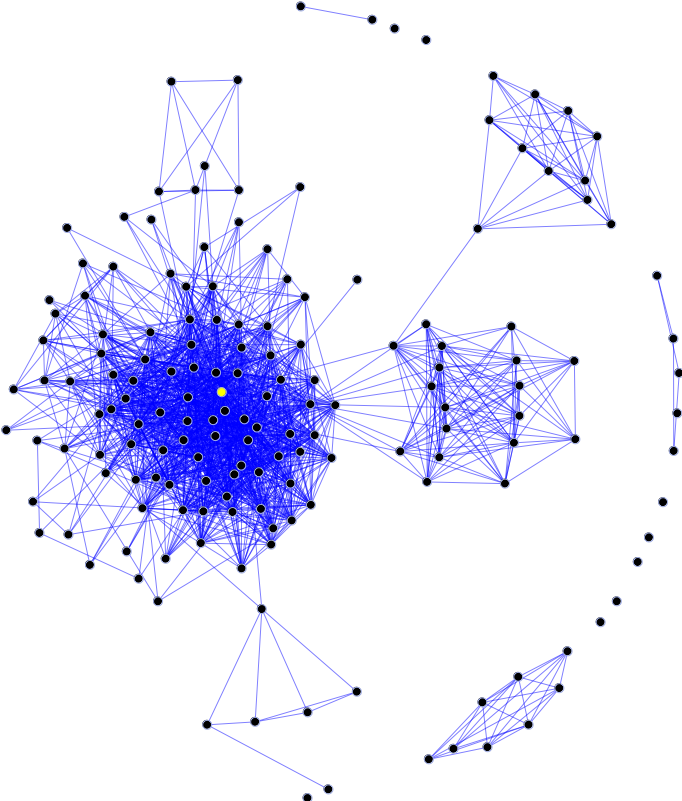 The concentration of influence can have an enormous impact on the practice of Social CRM. For instance, someone running a support community can communicate updated product information to a large number of users very effectively by reaching out to a relatively small number of people. And as we have shown in our research with Professor Barak Libai, a word-of-mouth campaign targeted at a small number of highly influential people can return tremendous results. Part of engaging with your customers in a social way is understanding the structure of your customer network.

This doesn’t mean you can ignore the majority of your customers, but as you’re developing a Social CRM program, it does mean that you can:

When you’re building a network of customers, it's vital to understand who the most influential members of that network are. But how can you do it?

First, let's talk about what we mean by influence. To do that, I want to start by talking about superusers.

Over the years, we've spent a lot of time at Lithium honing our reputation system. Using that tool, you can specify using business rules the kinds of behaviors that you want to reward, and give people more prestige and more responsibility as they exhibit those behaviors over time.

"Superuser" is our shorthand for users who exhibit those beneficial behaviors. And one of the things that superusers generally (though not always) do is provide a lot of the great content that fuels the growth of your online community, bringing more customers into your network. Michael has spent a lot of time with the data, and he reckons that even among the 1% of users who contribute the bulk of content, there is small fraction of "hyper-contributors" whose are even more active.

Various people have tried to quantify the value of a superuser. In one of the more famous examples, Josh Bernoff and Charlene Li estimated that one superuser on Dell's community, known incongruously as Predator, had generated over $1 million in value at the time of the book's publication.

Superusers are so valuable, in fact, that we recommend that you go to great lengths to make sure that they're happy. And if you see a superuser who is moving away from your community, we generally recommend that you reach out to that person and make sure that everything is okay. Predator no longer posts actively on the Dell community, and as a result Dell has lost an expert who was volunteering about 40 hours per week as a support evangelist for its products.

One capability we've added as part of the Influencer application is the ability to gauge whether a superuser's engagement in the community is waning, so you can take action and head off problems down the line.

But there's more to influence than being a superuser. Suppose, for example, that your ranking criteria are weighted heavily toward rewarding people who post a lot. We all know that there are many people who talk a lot but that others tune out. Those people might be superusers, but they're not influential. You might choose to reward only people whose content is rated highly by others. But people might write content that is valuable within a small circle, but of no use to anyone else. They might thereby get high ratings without being particularly influential.

As a result, you can get a more complete picture of which customers can make or break your Social CRM project. And that's a key competitive advantage for your company.

2 Kudos
About the Author
Phil is Vice President of Product Marketing at Lithium. He has also managed product management and engineering at Lithium.
5 Comments

The wikipedia reference link is chock full of all kinds of interesting concepts that are most likely depicted in your social graphs.   Maybe you, Joe, or Dr. Wu might go a bit further in a blog post by comparing several different community plots and how to read them?

Think about them in terms of how a doctor might study an Xray, MRI or other type of scan and comment on observable phenomena.  Centralized vs decentralized communities.

How roles like moderators, which by their nature (assuming they post rather than just edit, move or perform housekeeping) are likely to show up in these plots since they touch a wide number of different users.  Are they influencers?  Are they influencers in the same way as a content hyper contributor (super user) who replies to many conversations in the community?

While I suspect the current technology does a great job of discovering and visualizing the interaction network within the community, are we yet at a point where we can tell how members were influenced by these super active nodes, these super influnecers?   Do you think that is a next logical step in the progression?

Maybe you can also expand a bit on how Lithium's consulting & service offerings meld with these kinds of tools to help guide a community manager's understanding of which member relationships may be the most strategic / hold the most value?

Great feedback, thanks! I think Michael has a series of blog posts that go deeper into Social Network Analysis, and I suspect that will include some ways of reading these plots and relating them to the health and success of a project.

I think you're spot on about mapping how influence spreads from person to person. And indeed, when you think of Social CRM as encompassing a wider terrain on the web, you want to understand paths of influence from site to site. We are definitely working on this.

Joe Cothrel or I will do another post later about how our consultants and CSMs use this information to help customers. That's a great idea!

Thanks, as ever, for the comments and feedback. Keep it coming!

I'm happy to write a blog on the basics of social network analysis SNA.

Let me know. Ohterwise, I can just write a very basic intro to SNA.

I think what would be useful to people is if you show a social graph from a community and then tell people what it means and how it would affect the practice of community management, that would be very useful.

Thanks, I think you articulated my interests well.   It would be cool if Dr. Wu could show perhaps 2 or even 3 social graphs that are radically different, and contrast them, picking one key observation from each.

What does this patter suggest to the Community Manager?   What kinds of things should they be thinking about to perpetuate a benefiical pattern or reform a less optimal one?