This year’s Mobile World Congress kicked off in Barcelona over the weekend. Unlike the comparatively tame CES in January, we’ve already seen a few zinger device announcements.  It’s easy to get caught up in the device hype and forget the enormous demands such divergent technologies put on service providers. We’ve seen new phones, tablets, and hybrid ‘phablets’, all of which use different operating system—which means serious support challenges for network operators already feeling they're falling behind on the customer experience. 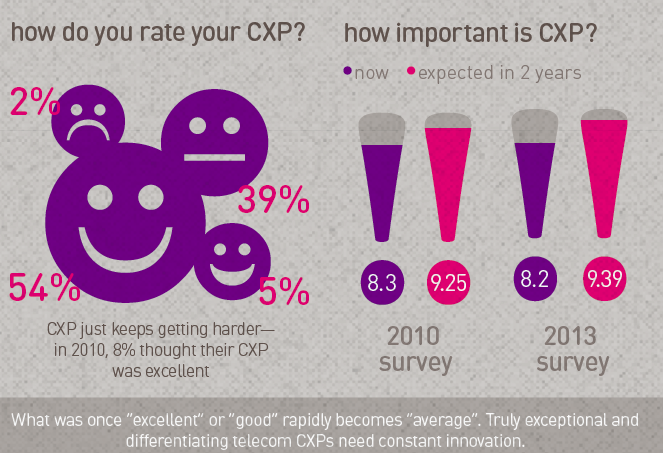 Charged with keeping their customers satisfied and delivering a consistent customer experience, network operators will have their work cut out for them in 2013. As the market gets more complex, support costs will continue to rise.  And with just 5% of service providers rating their customer experience as ‘excellent’ in 2012, finding a successful support solution for an increasingly complex user base will become more important than ever.

Here are the big device announcements we’ve seen at Mobile World Congress in 2013 that the entire industry will have to get across in short order.

Grabbing most of the early headlines is Mozilla with their announcement of a major leap forward in the development of its Firefox OS. The not-for-profit organization has signed up 18 carriers to develop devices for its HTML5-friendly mobile operating system, including Telefonica, Deutsche Telekom and Telenor, along with handsets from manufacturers LG, ZTE, and Huawei. The OS is being pitched as an affordable “open alternative” to iOS, Android and Windows Phone, and is being targeted at markets with low smartphone penetration such as Latin America and Eastern Europe.

“The fastest smartphone in the world”

MWC is always a good hunting ground for headline fans. This year Huawei is feeding hungry editors with the launch of its Ascend P2 which it claims is the fastest smartphone on the market. As well as 4.7inch display, 13MP camera, 1GB RAM, NFC and Android 4.1 Jelly Bean, the handset boasts a 1.5 GHz K3V2 quad-core processor which at the time of writing (things move quickly during MWC) makes it the fastest smartphone on the market.

Covering all the bases at this year’s event, Nokia launched new feature phones and smartphones on opening day MWC. The Nokia 105 is an ultra-simple handset with colour screen, FM radio and stunning 35 day battery standby time. Meanwhile the 301 is a 3.5G device with smart camera, dual-SIM options and a range of colours. The latter will be priced at around $85 while the former is apparently going on sale at around $20, both aimed at emerging markets. The company also launched two new Windows Phone models as part of its expanding Lumia range including the slim, mid-range Lumia 720 aimed at uber-social users. [DISCLAIMER: Nokia is a Next15 client, Bite is part of the N15 Group]

Formalizing a $100m consolidation and acquisition strategy, Opera has united its various mobile advertising businesses under one brand. The result is Opera Mediaworks, a fully-owned subsidiary the company claims is now the world’s largest mobile ad platform. And Opera can back this up. The platform posted publishing revenues of $400m in 2012, up from $240m in 2011 across its 12,000 sites and applications. It reportedly serves around 50 billion ad impressions a month to its 300 million users, and claims 70 of the top 100 Advertising Age advertisers as clients. Impressive stuff.

HP unveiled a new tablet that’s already causing significant buzz. The Slate 7 is a 7-inch Android Jelly Bean device that sports a 1.6 GHz processor, 3MP camera, 1024 x 600 LCD display, and 8GB memory. The mid-range device’s best selling point so far, however, is the price which at $169 (circa £110) makes it cheaper than both the Amazon Kindle Fire HD and Google Nexus 7.

That’s a whole lot of device technology for today’s network operators to service. And with the customer experience counting more than ever for telecoms in this time of rapid commoditization, there will be no time to waste in scaling support capabilities. The explosion of device news at this year’s Mobile World Congress points to the increasing importance of turning to social media for help with scaling support services.

Fact of the Day: Nokia CEO Stephen Elop claims to read every single email sent to him (sorry, we don’t have his email).