SXSW - Lithium will be there!

Later this week the Lithium team heads off to tackle the 25th annual South by South West (SXSW) show in Austin, Texas.

If you are not familiar with SXSW, it's definitely not your average conference.  Year after year, the event is a launching pad for new creative content - in music, film and interactive/online media.  New media presentations, music showcases and film screenings provide buzz-generating exposure for creators and compelling entertainment for audiences. Conference panel discussions present a forum for learning, business activity thrives at the SXSW Trade Show.

Check the Lithosphere or @lithiumtech on twitter later this week and we'll let you know where we will be!

Here's an interesting factoid for you that we picked up through monitoring the conversation already...  Check out the word cloud from the SXSW Twitter feed – remove the word "SXSW" and the most popular word out there is "RT". This event is clearly all about sharing and even before the event there is a massive buzz. 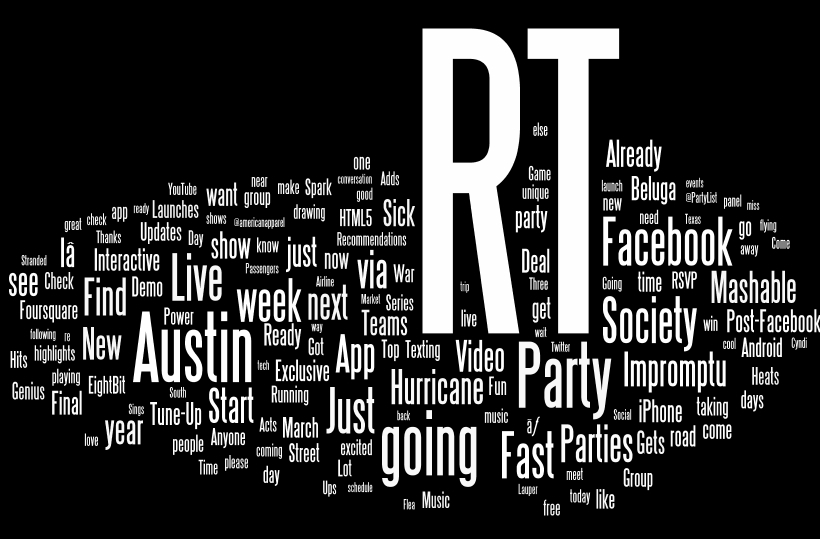