Here at Scout Labs, we know there are some big corporations out there that are still standardized on IE6. We work with some of them, which is why to date we’ve supported IE6.

We didn’t want to cut off IE6 users or subject them to a substandard application experience. We know most of them are stuck on IE6 because of IT admins who overinvested in proprietary apps that ONLY work on IE6, have NEVER been updated and never will be, are purposefully holding them back.

But the time has come: Support for IE6 is officially over. Not only is IE6 subpar with respect to speed, stability, and security, it limits the options we have in developing new functionality that relies on more modern, standards based browsers, specifically Javascript dependent interactions. As of our Feb 2010 release, we will finally have hit the wall with IE6: IE6 just doesn’t support the Javascript dependent interactions that our new Assignments functionality, and to a lesser extent upgrades to our graphing and collaboration features, require.

This is a decision point that old skool internet companies like Yahoo and Web 2.0 companies like Facebook and bellwethers in the SAAS space like Salesforce have already gone past. Hell, 37signals phased out IE6 support in October of 2008, which is the Internet equivalent of the Nixon era. Even Europe is following suit. But for those of you still using IE6, here are some options: 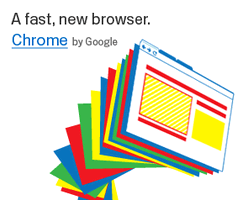 The cool part is, now we get to support Chrome- which is a fun browser, and great news for users of Microsoft OS products of a more recent vintage. And for all you network admins who just can’t seem to get everyone off IE6 and Win2000? Better hurry up, before every SAAS app your workforce relies on becomes standard equipment on the corporate smartphone- and no one gives a hoot about that big old box with a ten year old browser on it, anyway.

Previously posted on scoutlabs.com/blog on Jan 26, 2010