Hi all - you may remember at LiNC that we announced our Lithosphere charitable donation for the year. I wanted to give you an update from the charity's director of operations, Lynn Soli, as to how the projects were going. 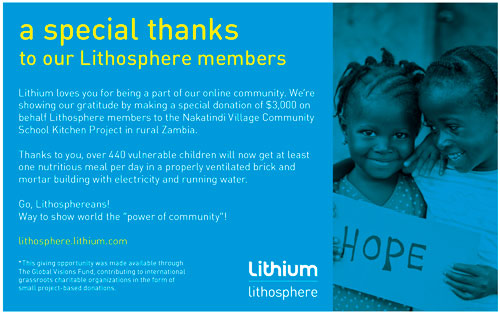 We again donated to help build fresh water wells in Cambodia - we have helped bring fresh drinking water to hundred of people in rural Cambodia over the last 3 years, and the charity, Global Visions, has built over 50 wells in the region, an activity we are very happy to support.

On top of the water well project, we also helped fund the building of a real kitchen at the school in Natkatindi Village, Zambia.

The school was using an unventilated mud hut to prepare meals for the 300 plus orphaned children attending - and for some of the children it was the only meal they were getting. They were cooking using a single cooking pot over a small fire.

The Global Visions team, with the help of the Lithosphere donation, constructed a free-standing kitchen with electricity, running water, storage areas, a ventilated area for a wood fire with a grate (for when there is no electricity~ sometimes the school cannot afford to pay the electric bill so with a wood stove there is always assurance of fuel) and an electric stove large enough to hold the massive kettles needed to cook for this many children.

They have also constructed a garden to grow fresh vegetables to use in the kitchen too, now they have the facilities to prepare and cook for the children.

I got some photos from the project, as well as a quick note from Lynn, which I wanted to share with you all:

"I, as well as the people of Nakatindi Village and the villages in Cambodia, wish to express our deep gratitude for the ongoing support of Lithium and it's community, the Lithosphere. Without donations such as Lithium's these projects would not be possible." 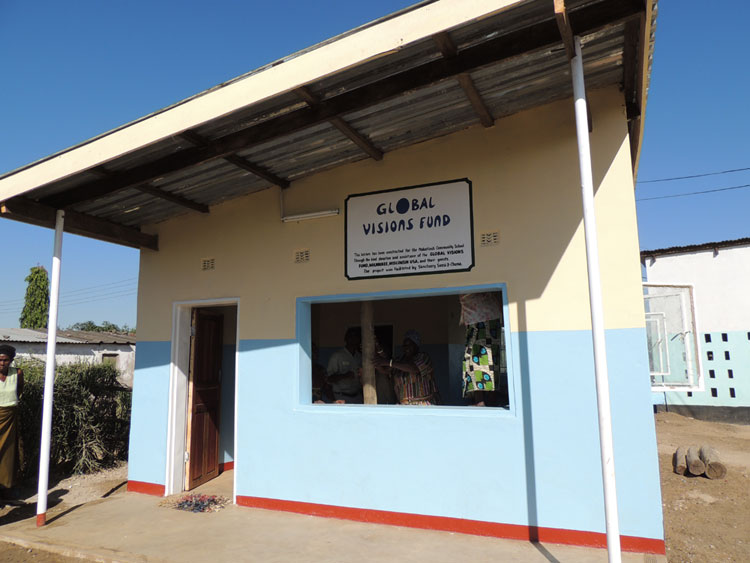 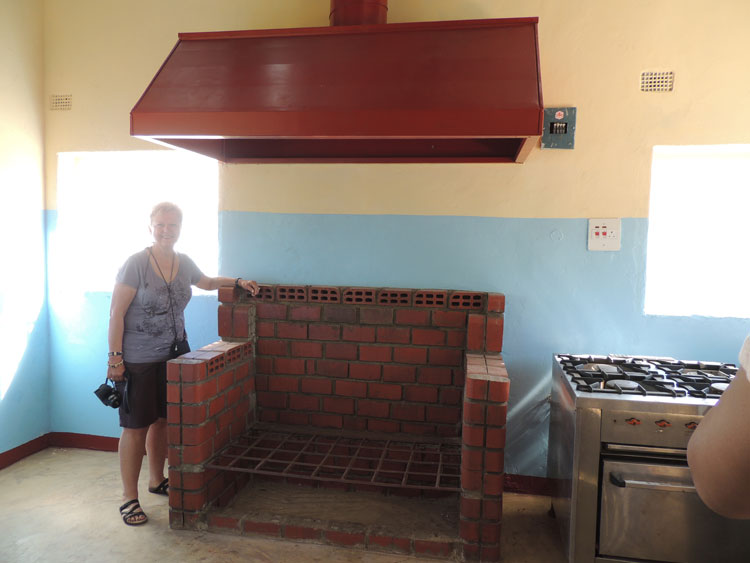 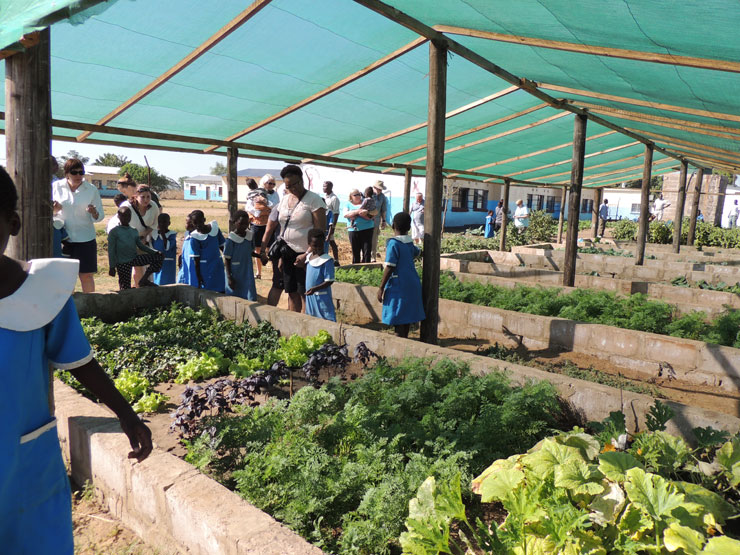 A quick note: Lynn manages the Global Visions charity, and ensures that 100% of the donations received go to the projects, not the travel expenses of the project team, so every penny goes to the building of the projects that you see here.

There will be more photos coming from the Cambodia project too.  Thanks everyone, and have a great weekend.

Paul Gilliham is Lithium's Director of Community & Digital Strategy,  responsible for Lithium's online properties including our own community, the Lithosphere and Lithium.com. He has close to 17 years experience managing .com, community and blogging environments across multinational technology companies. An avid tea drinking Brit, he has way too many guitars...

He is a regular blogger for Lithium and in the Lithosphere you'll see him as PaulGi. You can follow him on Twitter at @lithiumtech or @bladefrog