This is an entry in the B2C - Social Relationship category of the Forrester Research Groundswell Awards 2013. Visit the Groundswell site for more info

Since its inception in 1932, the LEGO Group has come a long way - from a small carpenter’s workshop, to a leading global enterprise, always looking for ways to reinvent the brand experience to maintain its world class service. With the growth of social, it was a natural impetus to build a social online experience which encouraged users to interact, engage and share with each other in a safe and secure way, while maintaining the fun, learning and imaginative elements that were aligned to the brand values.

With teen and adult fans of LEGO thriving in off-domain communities such as LEGO Facebook, LEGO Rebrick and LEGO Cuusoo, the LEGO Group was looking for ways to offer the same unparalleled level of service and experience to their user base from LEGO.com directly. With the existing off-domain communities setting such high social service standards, a LEGO.com community presence needed to be more interactive with greater appeal to ensure users were not only viewing content, but actively engaging and participating in the community.

With the growth of social this created opportunities and challenges:

This challenge was integral to the wider online and social challenge the business was facing. As the LEGO Group had reinvented products to move with the times, the same needed to be done with the social experience which extended beyond an online site. LEGO.com had the ability to infuse its dot com presence where customer data would be owned and would influence future product direction (one of many potential benefits).

The business aim was to create an interactive social online experience that was buzzing in engagement whilst maintaining its simplicity and ease of use, in a safe and secure environment that provided users with quicker “get to times” (moderation response time).  We were also migrating our users from our old forums to the Lithium platform, so our first step was to understand the issues our existing user community was facing and leverage their feedback to ensure our new launch met their needs.  The responses we received included:

We launched the new community on 9 November 2012 with great success – migrated 2.4 million users and 4+ million posts. There was 0% data and user loss and 1000s of users joined the community within the first hour.

“Get to Times” had reduced by more than 7hrs from 8hrs in January 2012 to 33 mins when measured in July 2013. At the same time, user interaction went up by 41% when compared to interaction in the previous forums the year prior.

With a more interactive and structured community reflecting features available on other social platforms such as “Likes” introduced, and additional features such as a new ranking structure, user interviews, story and role play forums as well as online polling, we were able to pave the way to a significant increase in user activity. 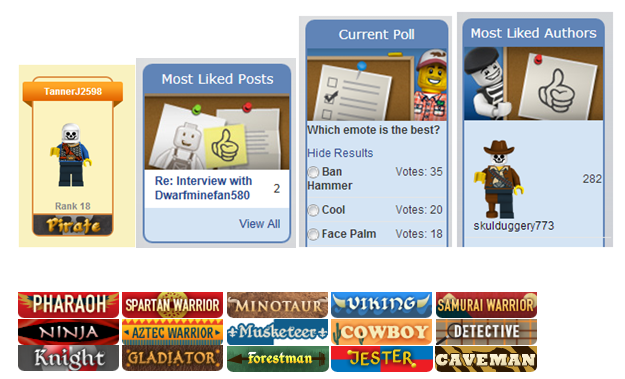 There was also a large reduction in spam based on changing the ranking structure from the old posting-only system to more varied criteria including user defined opinion on quality and rating of content. The new ranks have instilled a culture of support and encouragement between the users and we now have a very healthy community feel.

We changed our moderation and engagement coverage set up to ensure 24/7 coverage, with 8 team members located in different time zones and geographical locations around the world. With the backing of help from vendor moderators, the core LEGO team now has more freedom to actively engage with users, spending hours engaging per week now in comparison to minutes previously. Improved engagement include user interviews, appointing role play representatives, increased ability to welcome new users, increased ability to praise and encourage existing users, user- created polls and ability to initiate and harvest direct product feedback from users to business stakeholders.

In addition to covering the list of users’ wishes, we also wanted the community to appeal more to girls. We found that the new ranking system, based on more social activity than the previous ranking system, was a large driver for interest from our female contingent. In addition to this, opening up theme story forums, in which children write stories about their favorite LEGO themes and related characters, really brought the creative girls to the forefront. Prior to the new forums, we had a male/female active user split of around 95% boys to 5% girls. Since we implemented the new rank structure, user interviews and story forums, we now have 85% boys and 15% girls as active participants. We have girls in some of our highest ranking positions and a number of girls have participated in official interviews, leading to them enjoying celebrity status within the community. 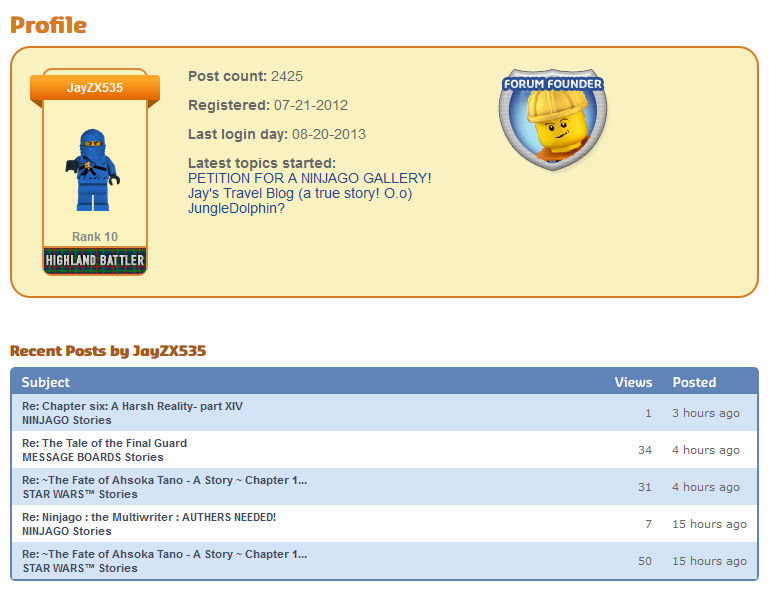 The new LEGO.com community embodies the LEGO brand values of fun, creativity, safety, quality and originality. Visit community.lego.com to view for yourself: https://community.lego.com/t5/LEGO-Message-Boards/ct-p/1001

Denise Jack is Lithium's Director of Customer Programs and is primarily responsible for showcasing Lithium customers’ success in social customer experience. She has more than 12 years of experience in customer marketing, technical sales and management consulting. Denise is a regular blogger for Lithium and in the Lithosphere you'll see her as DeniseJ. You can follow her on Twitter at @lithiumtech or @denisejack.

Labels
Tags (1)
6 Kudos
About the Author
Denise Jack is Lithium's VP of Global Field Marketing. She has more than 14 years of experience in customer marketing, technical sales and management consulting. You can follow her on Twitter at @denisejack.
2 Comments

Do you know any children/ parents/ teachers community for EDU?

Hi @juanliedo happy to discuss your question 1:1. Feel free to contact me directly at denise.jack@lithium.com!