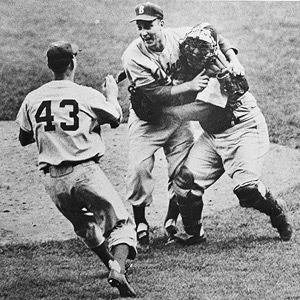 9 Kudos
About the Author
Phil is Vice President of Product Marketing at Lithium. He has also managed product management and engineering at Lithium.
5 Comments

It's amazing how devastating it is to hear a bad opinion about your product or brand via social media- and yet how good the positive feedback can make you feel!  Good to see Erin in action, too.

Only you could work the pennant-winning Brooklyn Dodgers, Michael Chabon, and Richard Hofstadter into a blog post about a conference.

@susan - actually, Glenn Kelman (see http://blog.redfin.com) could have done that and wrapped it in an extended metaphor, then topped it off with a dollop of self-deprecating scatological humor. But thanks!

I do believe that's the Best Buy case study featuring @Gina_BestBuy there hanging out on the wall!