VIP Council - Giving back to the community

For those of you who attended LiNC earlier this year, you'll remember that as part of the event we recognized a group of individuals on the Lithosphere who were the most active and influential over the last year - the VIP Council. The full post about the VIP Council is here. 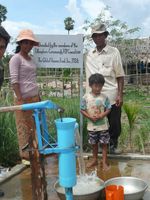 As part of the thank you for their contribution, the Lithium team donated funds on behalf of the VIP Council to a small charity based in Milwaukee, WI  - Global Visions Fund -  which specializes in giving direct assistance to non-governmental international charities in the form of supplies or financial contributions for specific programs and projects.

The projects that we donated to for the VIP Council were the building of two fresh water wells for Rael village in Cambodia.

Prior to the building of these wells, the village relied on four shallow wells that didn't provide clean water - as a consequence there was a high level of sickness in the village especially with children and the elderly.

This morning, Lynn Soli, the Managing Director of Global Visions sent me some photographs from the completed projects and wanted me to thank the team at Lithium and the VIP Council for their donation and making a real difference to the the people in this village.

I wanted to share those pictures with you all as well as the thank you from Lynn and the people of Rael village. 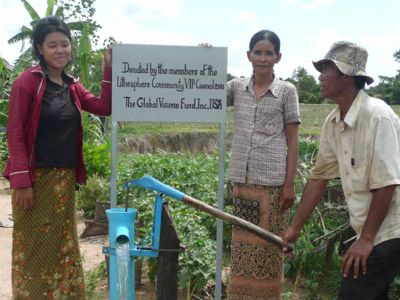 So thank you to all the members of the council:

Your contributions extend far beyond just the Lithosphere and help with the quality of people's lives, not just the information they have at hand.

This is awesome! Thanks for sharing and for picking out such a great cause to support on behalf of the VIP Council.

That is great news - thank you!

This was such a great concept, and it's awesome to see in come to fruition.  Kudos man, kudos.

now THAT is making a big difference.  Hooray!!!