Since its inception in 1932, the LEGO Group has come a long way - from a small carpenter’s workshop, to a leading global enterprise, always looking for ways to reinvent the brand experience to maintain its world class service. With the growth of social, it was a natural impetus to build a social online experience which encouraged users to interact, engage and share with each other in a safe and secure way, while maintaining the fun, learning and imaginative elements that were aligned to the brand values.

The business aim was to create an interactive social online experience (via an infused dot com presence) that was buzzing in engagement whilst maintaining its simplicity and ease of use, in a safe and secure environment that provided users with quicker “get to times”.  We have a high affinity with users in the 7-14 years age bracket, so online safety and security was paramount.  We were also migrating our users from our old forums to the Lithium platform, so our first step was to understand the issues our existing user community was facing and leverage their feedback to ensure our new launch met their needs.  The responses we received included:

We launched the new community on 9 November 2012 with great success – migrated 2.4 million users and 4+ million posts. There was 0% data and user loss and 1000 users joined the community within the first hour. 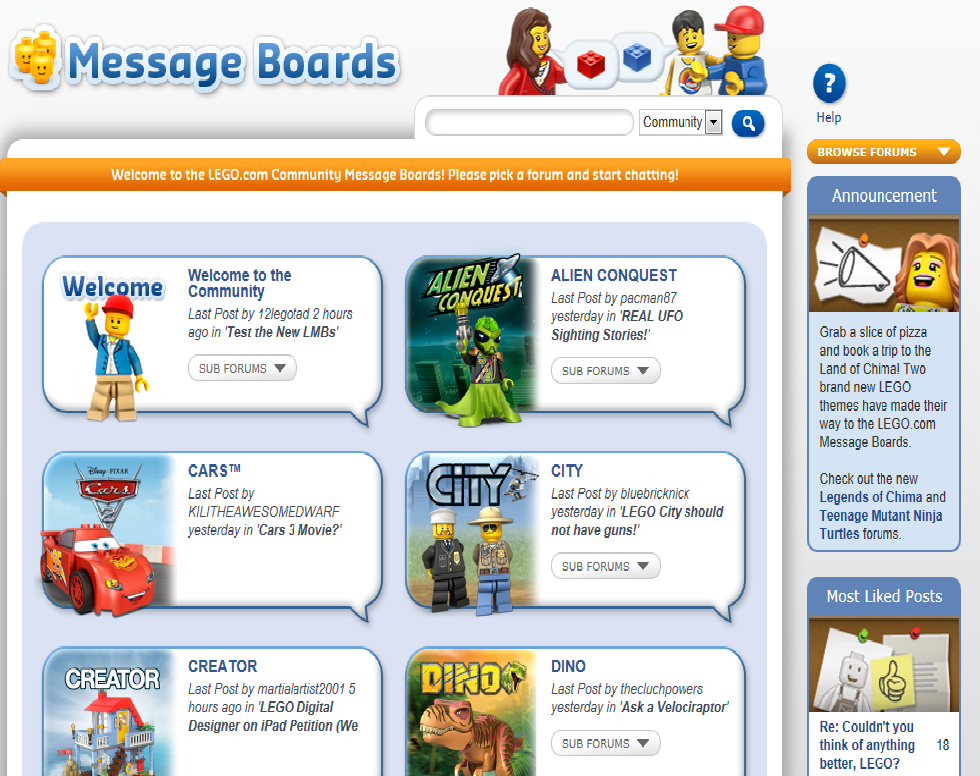 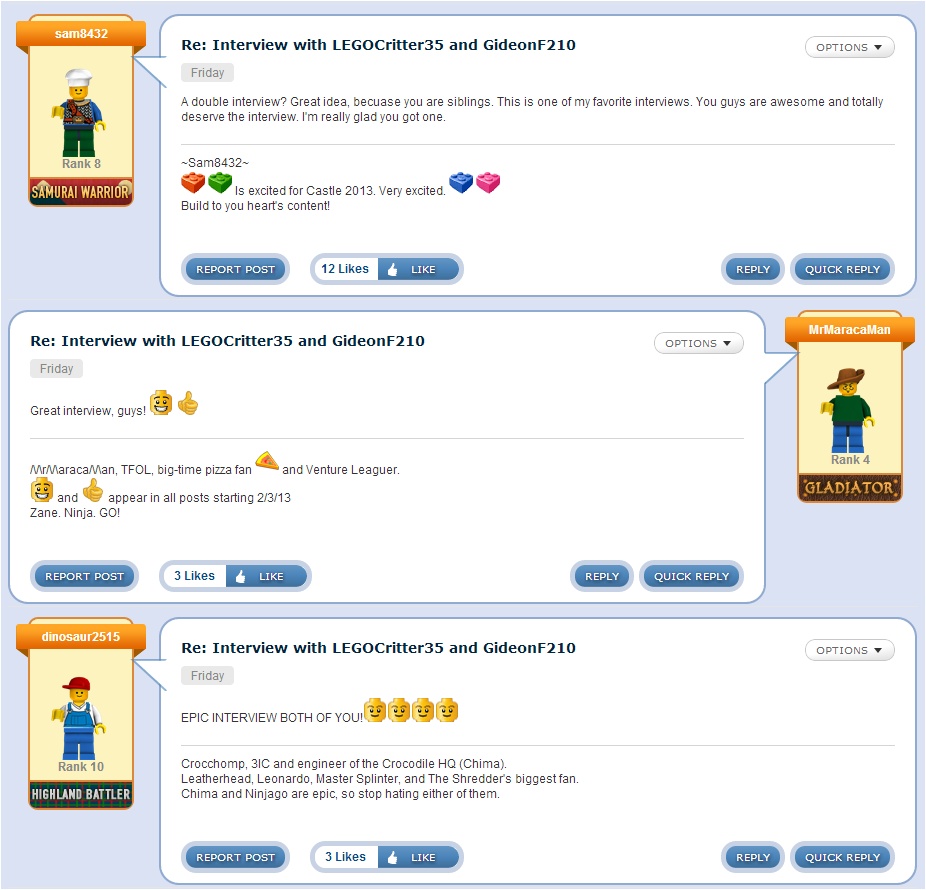 “Get to Times” had reduced by more than 7hrs from 8hrs in January 2012 to 56 mins when measured in December 2012. At the same time, user interaction went up by 62% when compared to interaction in the previous forums the year prior.

With a more interactive and structured community reflecting features available on other social platforms such as “Likes” introduced, and additional features such as a new ranking structure, user interviews, story and role play forums as well as online polling, paved the way to a significant increase in user activity.

Some of the new ranks:

There was also a large reduction in spam based on changing the ranking structure from the old posting only system to a new more varied criteria including user defined opinion on quality and rating of content. The new ranks have instilled a culture of support and encouragement between the users and we now have a very healthy community feel.

We changed our moderation and engagement coverage set up to ensure 24/7 coverage, with 8 team members located in different time zones and geographical locations around the world. With the backing of help from vendor moderators, the core LEGO team now has more freedom to actively engage with users, spending hours engaging per week now in comparison to minutes previously.

We set up a comprehensive help/FAQ section where users can check out the rules, how to change signatures and generally tailor their own settings. For new users, after reading the FAQs, in every single forum we have “Welcome to newbie” or “Adopt a newbie” topics where new users can come in and introduce themselves and existing users will take them under their wings and help bring them into the community.

As an example of how engaged some of our kids are, in January 2013, the stats tell us that our 27 highest ranked users (all Forestmen, Ninjas, Aztec Warriors or Conquistadors) each spent 74 hours in the community per week! They’re very dedicated!

The new LEGO.com community embodies the LEGO brand values of fun, creativity, quality and originality. Visit community.lego.com to view for yourself.