Lithium's Principal Scientist of Analytics, digging into the complex dynamics of social interaction and group behavior in online communities and social networks.

Michael was voted a 2010 Influential Leader by CRM Magazine for his work on predictive social analytics and its application to Social CRM.He's a regular blogger on the Lithosphere's Building Community blog and previously wrote in the Analytic Science blog. You can follow him on Twitter or Google+.

Since its launch in late June, Google+ has been a hot topic of conversation. So before I proceed with either the engagement or the gamification series, I think it is appropriate to take a short detour to discuss Google+.

I think by now everyone has most likely had the chance to play with Google+ (or at least know what it is). If you still don’t know, don’t miss the boat. There are already 25+ million people signed up. I am not going to repeat Google’s pitch, so take a look at the demo from Google. What I’m going to talk about today, are some of the network properties and social principles behind some popular social platforms. Of course, I will compare and contrast them to the new kids on the block (i.e. Google+), and talk about their behavioral implications.

Facebook certainly brings great utility to its users by helping them maintain the relationships in their lives. However, people’s relationships in the real world are very complex. Not every relationship is the same, and every friend is unique in some way (see Social Network Analysis 101). By collapsing all the different relationships into one bucket, called friends, Facebook created the problem of conflicting social spheres. Some groups just don’t mix in real life, and some information is not intended for all friends, not even among close friends.

Humans deal with this problem by spatial-temporal segregation. We simply meet different groups of people at different time and different places. But on Facebook, we are stuck; we either don’t share, or share to all our friends. Although Facebook has subsequently implemented features that allow their users to put their friends into groups, these features are band-aid fixes that didn’t drive much adoption and are therefore ineffective.

This is precisely the problem that Google+ is trying to address with Circles. I am certain that social researcher like Paul Adams, an ex-Googler now at Facebook, has infused much social insight and contributed to the present success of Google+. Unfortunately, he is not allowed to comment on the Google+ project due to his non-disclosure agreement. Before I say more about Google+, let me point out some interesting and distinctive network properties of Facebook. 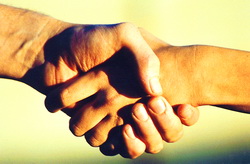 Friendships on Facebook are bidirectional. That means both parties need to consent in order connect. Anyone can initiate the connection, but the other person must accept it to create a tie. This type of bidirectional, mutual, and reciprocating relationship is very important, because it keeps the relationship and information content more relevant. As a result, the signal-to-noise ratio on Facebook is fairly high compared to other networks that only require unidirectional consent, such as Twitter. The same can be said about Linkedin. Because Linkedin requires bidirectional consent to connect, the information content on Linkedin tend to be more relevant compare to Twitter.

However, bidirectional consent is not without a cost. One of the drawbacks is that it requires the coordination and alignment of intent between two people. This is harder to achieve than it seems, and it limits the growth rate of the network. Why? Because it takes more time for people to build their network. You can easily spend the weekend and follow 1,000 people on Twitter, but it’s much harder to get 1,000 friends on Facebook. Even if you can, it’s going to take you much longer to build a network of same size on Facebook due to its bidirectional consent.

Ironically, this offered Facebook a strong upper hand against Google+. The simple explanation (the psychological perspective) is that, because it takes more time and effort for people to build their network on Facebook, they are less likely to forfeit all their investment and start over again. This creates a psychological barrier preventing Facebook members from switching. Although Google+ may gain more new members, people will tend to cling on to their Facebook network, purely because of the amount of time they already invested in it.

A more rigorous explanation involves the network effect. Although Facebook is still 30 times bigger than Google+ now, its true strength is not the sheer volume of its user base, but the cohesiveness of the networks. Facebook contains many strong ties: families, close friends, high school buddies, etc. Having a lot of these strong connections is what made Facebook extremely sticky. Strictly from a network value perspective, the more strongly interconnected a person is on Facebook, the more utility they can derive from the network (i.e. network effect). Conversely, there is more they have to lose by switching to Google+, where these connections may not be present on the new network. Therefore, users who have many friends and can bring many friends to the Google+ are precisely those that are hardest for to get, because they are least likely to switch. Users who have little or no friends are the easiest to switch, yet they are least effective for driving mass adoption of the new network.

Although Google+ has a phenomenal growth rate, the strength of bidirectional connectivity on Facebook shouldn’t be overlooked. Despite the fact that bidirectionally-connected networks have a slower growth potential, Facebook offers: 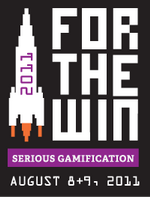 Since the past couple of posts I wrote had fairly low traction and almost no kudos, I’m going to do something different in the next couple of weeks to see if things change. I will split the longer articles into short ones and post them more frequently. So later this week, let’s see what we can learn from the Twitter network.

By the way, I am in Philadelphia now. I’ve been invited to participate in a Wharton Gamification Symposium at the Mack Center for Technological Innovation. This symposium starts today and it’s organized by Wharton Prof. Kevin Werbach and NY Law School Prof. Dan Hunter. They managed to gather a very distinguished crowd of thought leaders, academic researchers, scientists, practitioners, entrepreneurs, investors, as well as policy makers. I’m very honored to be invited. Since there are so many experts at this symposium, I believe it will be an interesting learning experience for everyone. So I will have much to share after I return. In the mean time, we can talk about Facebook and Google+. Follow me on G+.