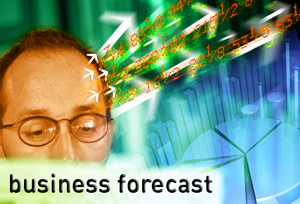 Labels
Tags (6)
9 Kudos
Share
About the Author
Dr. Michael Wu was the Chief Scientist at Lithium Technologies from 2008 until 2018, where he applied data-driven methodologies to investigate and understand the social web. Michael developed many predictive social analytics with actionable insights. His R&D work won him the recognition as a 2010 Influential Leader by CRM Magazine. His insights are made accessible through “The Science of Social,” and “The Science of Social 2”—two easy-reading e-books for business audience. Prior to industry, Michael received his Ph.D. from UC Berkeley’s Biophysics program, where he also received his triple major undergraduate degree in Applied Math, Physics, and Molecular & Cell Biology.
4 Comments

I believe you clarify a common misperception - fueled in part by companies with roots in complex event processing - that predictive analytics can predict the future. Perhaps "anticipatory analytics" would have been a better, albeit less marketable, name.

That said, the statistics professor in my MBA program many years ago introduced himself to the class by saying that statistics can be used to prove any point of view. With all the hype around big data analytics, not enough attention is being given to the quality of data nor the validation of models built on the data.

Coefficients of determination can easily be manipulated to fit the hypothesis behind the model. As such, doesn't this also distort the analysis of the residuals? Models for spatial and temporal data would only appear to complicate validation even further.

Data management tools have improved to significantly increase the reliability of the data inputs. Until machines devise the models, focus on the validity of the data would improve model validation and reduce, not eliminate, inherent bias.

Thank you for posting your comment here. And I'm glad to hear that my work clarify some misperceptions in the industry.

Yes, statistics can definitely lie. I'm sure you heard of the phrase: "there are lies, damned lies, and statistics." That is why it is very important for data scientist and statisticians to hold the highest integrity in their work. All the hype around big data is really a 2 edged sword. It makes businesses more data conscious, but very often, that is not enough. They still need the proper training in basic stats to be data savvy enough to spot a fraud analysis.

That is why I like to write about this subject, to make sure that people have the right information when they are making a decision.

Data quality can definitely help. But at the minimum we need to properly validate any model we build. Simple cross validation is often enough, although it is possible to overfit to the validation data set if we do this too much. If you've been following my writing on influence scoring, you probably remember the following post

These 2 posts describes a perfect example of how vendors in the influence industry don't properly validate the model they use to infer people's influence from social media activity data. As a result, people never know if their influence score actually means anything. Moreover, people game the influence scoring system, leading to IEO.

I can't stress the importance of model validation and data integrity. And cross validation is really not that hard. I do it all the time. As a scientist and analyst, we must have a higher standard. And even with that such a high bar, the possibility of predictive analytics is limitless.

Thanks again for your comment, and thx for the linked in.

Hope to see you on lithosphere next time.

Thank you for sharing your valuable thoughts and knowledge...

Now i could relate and differenciate Descriptive, Predictive & Prescriptive Analytics!

No i dont work on Predictive analytics currently but, eager to know about it. i work in a chain of restaurant (FOOD & BEVERAGE) . I would like to do a predictive analystics, i have all the sale data ( with bill details & item details) with me  and i want to predict monthly sales and also predict Sales on special days (Ex: Valentines day... etc)... what model can be used to accurately do this?... i am currently using only descriptive analytics as per the nature of summarizing the data.

First, my apology for such late reply. Some how many of my blog comment notification emails got automatically routed to the clutter folder in outlook. I was just re-discovering how many conversation I missed.

To address your problem of predicting sales, I think you can start by setting up a simple linear regression model between the various predictor/operational metric over time (e.g. holidays, weekday vs weekends, supply chain data, etc.) and your sales data over time (e.g. daily sales, or weekly sales). Then once you solve that regression equation, the resulting coefficient would be able to give you the month predicted sales once you plug in the predictor/operational metrics, you will get a prediction of sales.

This does require you to have some statistical skills of setting up regression models and use packages and tools to solve it.

I hope this helps. Let me know if you need to dig deeper.