Turn on suggestions
Auto-suggest helps you quickly narrow down your search results by suggesting possible matches as you type.
Showing results for
Show  only  | Search instead for
Did you mean:
This website uses cookies. By clicking OK, you consent to the use of cookies. Click Here to learn more about how we use cookies.
OK 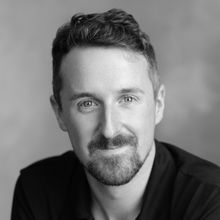 My teams are responsible for your experience of Atlas Khoros Community, for our product documentation, and for much of the information you see within our products. Our mission is to make sure that you can connect to the content, conversation, and people you need, wherever you are in our digital ecosystem. If there’s anything we can do to improve your experience of our information, feel free to message me here, or send a note to daniel.craig@khoros.com

DanCr
Khoros Staff
This wasn't on my personal radar @jxwilson, but I'll work with the Atlas team here to see what we're seeing / hearing in our own implementation, and come back to you later this week. As it pertains to whether that's already on the radar of our product team, I'll have to defer to @SohilM, though I've pre-configured a search for you which should let you keep track of current raised Ideas. ... View more

DanCr
Khoros Staff
Yes, we got there and you beat me to the punch :). All credit to @AndyK as always, for the tireless work he does to get these planned and out the door. ... View more

DanCr
Khoros Staff
@CarolineS you can blame me for that one. As we expanded Atlas over the past year, findability and navigability quickly became a pressing issue. Despite adding a lot more content and conversation, we were seeing some related drops in effectiveness within our Value Analytics scores, thus the redesign became our priority, with PMs and Threading our fast follows. We're hoping to deliver PM v3 next week, with Threading/Inline not far behind. I'm aware how critical it is to have early examples live in Atlas, so it's extremely rare anything else would take priority for us.  I can share some good news on that front, in that we've been working on a couple of internal initiatives to significantly improve Atlas' role in demonstrating the best of our new capabilities. My expectation is that through the course of the next 3-9 months, you'll see rapid improvements in both examples and inspiration tied to new releases. This is a personal top priority, so feel free to start prodding me when we're not delivering on that promise. ... View more

DanCr
Khoros Staff
Hi @akstoneall, I've made a quick update and you should now be able to access documentation through that link. I hope that helps speed up getting back up and running. ... View more
Contact Me