The Magic Potion of Game Dynamics

Lithium's Principal Scientist of Analytics, digging into the complex dynamics of social interaction and group behavior in online communities and social networks.

Michael was voted a 2010 Influential Leader by CRM Magazine for his work on predictive social analytics and its application to Social CRM.He's a regular blogger on the Lithosphere's Building Community blog and previously wrote in the Analytic Science blog. You can follow him on Twitter at mich8elwu.

When I kicked off this short-series on gaming last week I explained the various game related terminologies. Hopefully we are all on the same page now with the basics. If you are still unclear about the difference between game mechanics, game dynamics, and game theory, please take a minute to review Gamification from a Company of Pro Gamers.

Now we are ready to talk about the cool and interesting stuff. Despite the ever growing list of game mechanics (and dynamics), there are actually some basic design principles behind all of them. And these principles are surprisingly simple. Once you have mastered these fundamental principles, you would be able to analyze the game dynamics and understand why and how they drive actions. You will also be able to understand why certain game dynamics work better than others in certain situations. Moreover, you can even use these fundamental principles to design your new game dynamics.

The goal of game dynamics is to drive a user-desired behavior predictably. Therefore we must understand how humans behave, in order to understand game dynamics. And to do this, I’d like to take a psychologist’s perspective and try to understand human behavior though psychological models and frameworks. There are many such models, and they are useful in different contexts, so the criteria for choosing a model/framework should be whether it can give you the understanding you need to address your problem.

To understand game dynamics (and gaming mechanics), I will use a simple behavior model by Prof B. J. Fogg of Stanford University, an experimental psychologist I met at the Persuasive2009 Conference. I like Fogg’s behavior model (FBM) because it is a multi-factor model, similar to my 6-factor influence model. It facilitates analysis, construction and deconstruction of game dynamics. FBM asserts that there are three required factors that underlie any human behavior:

But the most important aspect of FBM is that all three factors must converge at the same time. That means, in order to successfully drive a behavior, the game mechanic/dynamic must guide these three factors so they ALL occur at exactly the same moment. Any temporal misalignment (even if it’s just a few seconds) in these three factors will degrades the effectiveness of the game dynamics.

Between Motivation and Ability

Game dynamics often motivate people by positive feedbacks, such as accumulation of points, badges, status, progress, customization, pleasant surprises, etc. In theory, negative feedback can also be use, but they are less effective in practice. Negative feedback mechanisms can lead to the complete abandonment of the gamified activity, unless the users are extremely motivated, or used in a social/communal context. So negative feedback should be used with caution.

How do game dynamics increase the ability for users to perform the target behavior? I’d like to clarify that, ability doesn’t always mean skills in this context. Ability can be time, attention, mental capacity, or any scarce resources that the user might need to complete the behavior. If a user doesn’t have these resources, he won’t have the ability to carry out the behavior. For the target behavior to happen, users usually require a minimum level of ability and motivation. This minimum level is called the activation threshold for the behavior.

There are two general approaches to increase ability. The usual way of increasing a users’ real or perceived ability is through practice and training. So their ability (in conjunction with the proper motivation) would exceed the activation threshold needed to perform the target behavior. This is use frequently in both games and gamification.

Another method of increasing a users’ perceived ability is to make the target behavior simpler so users require less ability to accomplish the behavior. This essentially lowers the activation threshold of the target behavior. Although this is also used in games, it is less common in gamification. Perhaps it’s because gamified work is still real work that needs to be done with real abilities. However, there are ways to make the gamified work appear simpler, and these are used frequently in gamification. For example:

Trigger is ALL about Timing 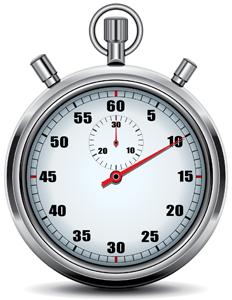 Despite the level of motivation and ability, a trigger at the appropriate time is necessary to bring about a behavior predictably. A trigger is simply something that prompts or tells the users to carry out the target behavior now. It can take any form as long as users are:

The most important aspect for the trigger is timing. An appropriate trigger at the right moment (e.g. above the activation threshold) not only leads to the inception of the predictable behavior, it also makes the users feel good about doing it. But a poorly timed trigger could have adverse effects. Not only is the behavior not carried out, it might not produce the desired outcome, and on top of that, users can get annoyed, frustrated, and develop a negative emotion about the activity.

For example, spam email and pop up ads are, in fact, triggers, as they usually prompt users for some action, and users usually understand what they want and are aware of them. But we hate these triggers, because they usually don’t arrive at the right moment (i.e. when we are motivated and have excess ability).

So why do game mechanics/dynamics have the magical power to turn boring chores into desirable activities?

This is why game dynamics (and game mechanics) are such effective drivers and manipulators of user behavior. And that is why gamification can turn chores into something fun and enjoyable. It seems magical, but now you know the magic behind it.

Alright, enough psychology for today. This is just a brief introduction; we can dive deeper next time. In the meantime let the discussion about gaming psychology begin! See you next time.